Published in Galician, Portuguese, Spanish and English. Na ponte The Congress's main subjects were education, the heritage, the ICTs and the media. Interviews and data related to heritage-bearers were collected. The initiative resulted in the creation of a website and the publication of a Book-DVD about the recognition of persons and groups belonging to maritime culture in A Guarda's town council. It takes place in locations in Galicia or in the north of Portugal.

XI annual meetings have already been held. It was the first candidature promoted by two educational institutions from two european countries. The process started in and the proposal was developed for two years by team of the Association. Ponte…nas ondas! Association has been working since towards the documentation, gathering and recognition of several manifestations of the GPIH Galician-Portuguese Intangible Heritage.

This work was always carried out in direct contact with the communities bearing the said heritage. These groups collaborated in many of the Association's activities in order to revitalize this heritage and convey it to the younger generations. During the elaboration of the proposal for the Candidature of the Galician-Portuguese Intangible Cultural Heritage, which began in , the Association contacted the representative communities of the GPIH in both Galicia and the north of Portugal.

In all of the GPIH's fields, the bearing communities and gathering groups of this heritage in Galicia and North of Portugal collaborated with the Association, thus providing equipment and performing conveying activities in formal learning as well as in public events. Once the Candidature was presented before the UNESCO in , and as it was being assessed by the international jury, communities and bearers performed activities to spread the common heritage throughout the Galicia-North of Portugal Euroregion.

Due to its territorial involvement and the number of involved communities, we wish to highlight the role of the Galician Federation for Maritime and Fluvial Culture Galician initials: FGCMF , which groups together with important bonds the maritime communities of the Galician and Portuguese coastline that protect the manifestations of the Galician-Portuguese maritime culture. Connected concerns for the achievement of this goal are the preservation of the environment, the fostering of sustainable development, and the support to children education and traditional leaders' capacity building.

In this manner Teje Teje contributes in the safeguarding of tangible and intangible cultural heritage, the implementation of formal, informal and non-formal education processes. As a consequence, it cares for the individual and collective cultural growth of the communities as well as for the preservation of the environment. Its work is focused in the restauration of traditional knowledge and production in land production, environmental management, sacred and ritual centers, gastronomy, healing, spirituality, artifact, looking at these various elements of individual and collective life with an holistic approach.


Indirectly: 2. Products: 1 Cultural cartography document that includes maps and inventory of sacred sites and medicinal plants. Workshops with the Zenu indigenous population on their intangible cultural heritage , Cordoba and Sucre Beneficiaries: Directly: people that assisted to the workshops. Indirectly: Historic, anthropologic and environmental research based on qualitative and quantitative methods , Magdalena and Cesar Beneficiaries: 2.

Compliling of Ette Ennaka's oral tradition on territory and settlement with the elders, for cultural strengthening , Magdalena Beneficiaries: 2.

Advisory to the women weavers of the following indigenous communities: Wayuu, Arhuaco, Kogi and Kankuamo, on issues such as traditional design, quality and marketing. Beneficiaries: 10 women weavers. Result: Recovery of traditional designs and improvement of their income. December Iguana Magazine, "Chimila women and children preserve their ancestral culture".

Teje Teje seeks to preserve indigenous cultures". In addition, Teje Teje promoted the creation of the Ette Ennakas Women Weavers Association in which today provides indigenous women with incomes to help support their families. In and - Teje Teje worked in alliance with the Ette Ennakas "Cabildo" Authorities in the strengthening of their traditional practices associated to food production, political organization, and cultural heritage around issues such as weaving and handcrafts, music, dance, ethno medicine and self-government, benefitting families.

Since early , Teje Teje has worked in association with the Ministry of Culture, with the accredited NGO to the Convention, Traditions for Tomorrow, and with the Ette Ennaka "cabildo" on a project that aims tore vitalize its cultural identity considering the conservation of sacred sites, knowledge of medicinal plants and the word of the elders. 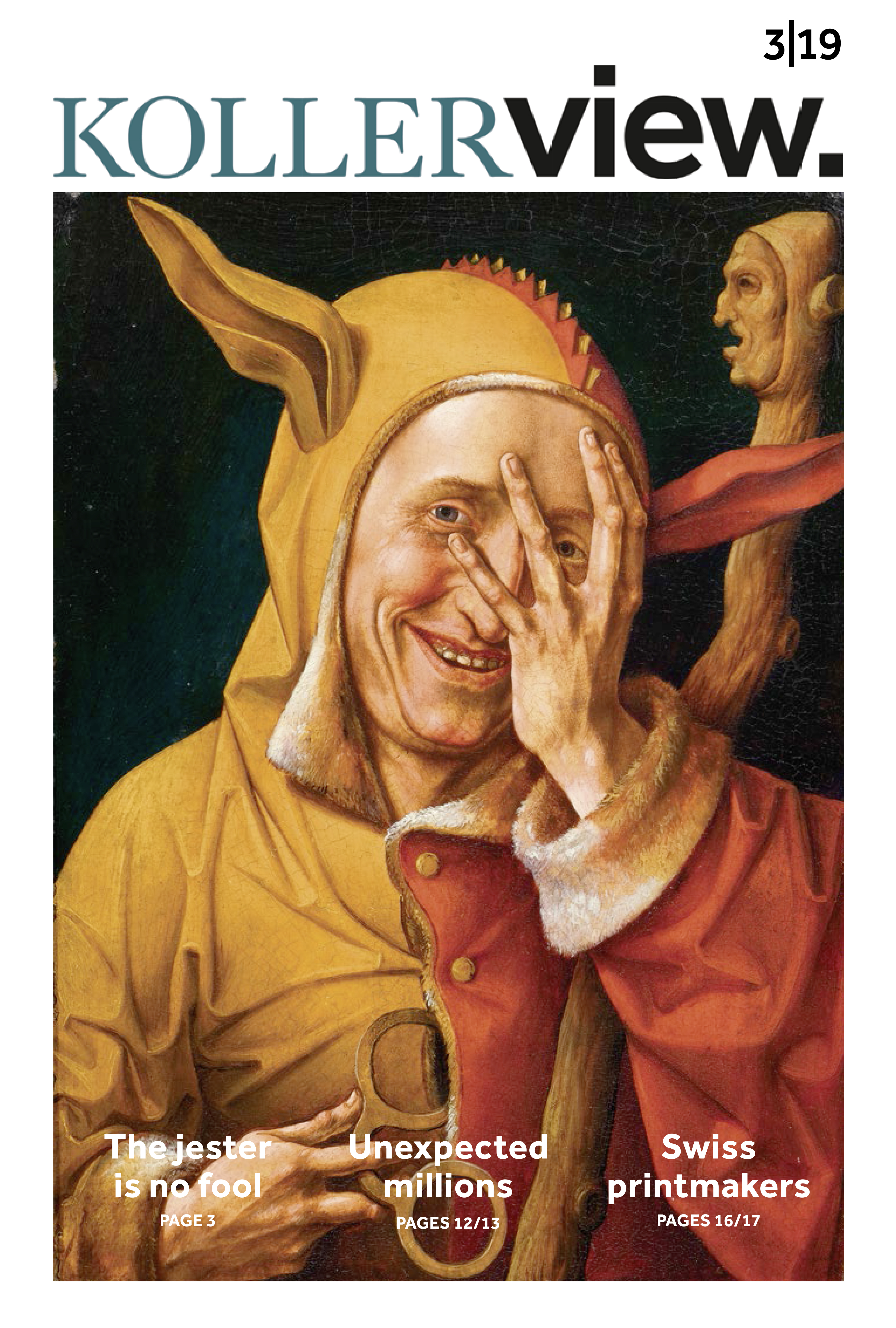 With the Zenu Indigenous population, Teje Teje is currently working with the indigenous authorities to encourage the creation of a group of people committee that will manage cultural heritage based on the Special Safeguards Plan of the cultural expression "Handcrafts as the heart of Zenu Identity". This program prepares grants a scholarships especially for this programmed for M.

Participants are young lecturers from various universities around Indonesia.

After completing their studies are expected to return home to teach at various universities This program also to train and prepare a number of scholars for research and fieldwork on endangered languages and cultural activities in different areas all over Indonesia. Primarily it is necessary to conduct a general survey to understand the present situation of intangible cultural heritage in Indonesia, and to plan a strategy of protecting the most endangered species. Nevertheless, we have to express our gratitude to the researchers and resource persons who helped ATL in designing and carrying out our revitalization and accompanying programs i.

Aminuddin Malang , Prof. Mursal Esten Padang Panjang. In addition, we would like to express our most sincere gratitude to cultural experts and artists, such as the late B. Evaluation Body mandates: ; ; ; It is linked to European Carnival festivities, has important components of popular satire, festive sociability, artistic expression, artisan practices and singular techniques. It is also felt by the community involved as an importart signal of its identity.

Likewise, are also an important objective for the association to publicize and promote the heritage aspects of the festivities related to the use and rituals of fire, promote the research related to them and create opportunities for reflecting on the importance of heritage management in popular festivals. Without being exhaustive, we highlight the following activities: Identification, documentation, research: Call and organization for Jaume I Congress on Popular Cultures and Fire Festivals Congreso Jaume I de Cultura Popular i Festes del Foc, The inventory and reasoned catalogue of Fallas Museum of Valencia, especially characterized by its unique collection and intangible cultural practices linked to it Issue of the Revista d'Estudis Fallers since annual scientific journal that publishes original research papers about Fallas Festivals and other celebrations of fire.

Journal meets the scientific standards at the reception and approval of articles. Design and implementation in of the Center for Documentation of Fallas festival with the City Council of Valencia for the collection of written, audiovisual and intangible documentation catalogue and archive for the free access and consult of researchers.

Ephimeral Heritage on the European Carnival Rituals carnval. Promotion and improvement: Organization of "Les falles a la Nau" discussion sessions, since in collaboration with University of Valencia, where different agents involved in the Festival come together to reflect on interesting issues, especially on heritage, promotion, protection and enhancement. Since the association awards the best article of reflection and disclosure of Fallas festival: The Enric Soler i Godes Award.

Organization ot the Mostra de Llibrets de la Comunitat Valenciana to promote the Llibrets de falla, native publications edited by fallas comittes, to implement synergies between the different agents implied and to work in the consolidation of this cultural field. Transmission and formal or non-formal education: Organization, in collaboration with the Secretary of Tourism of the Generalitat Valenciana regional government , of several editions of a training course on the Fallas festival and its intangible cultural heritage for official tour guides.

Realization of different divulgation talks and lectures on the history of the Fallas festival in collaboration with festive and cultural associations.